Never previously available on the Internet, this documentary film produced by Gospel Outreach in 2004 features exclusive footage of Dacie Durkin (wife of Gospel Outreach founder Jim Durkin), as well as unique sequences of the Lighthouse Ranch in action. This UNCUT MP4 version features the full run-time of 20 minutes 36 seconds.

Special thanks to: Gary Todoroff.

“Like a Rolling Stone” Bob Dylan. © 1965 Warner Bros. Inc.; renewed 1993 by Special Rider Music. May be in the public domain due to the 50-year rule in force at the time. For non-profit educational use only. Used by permission.

This site uses Akismet to reduce spam. Learn how your comment data is processed.

Verse of the Day 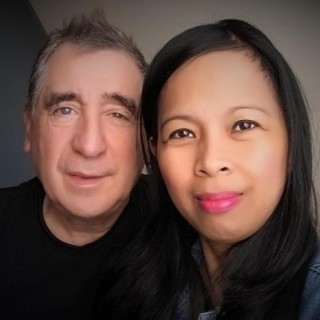 As a redeemed, recycled 1970s Californian Jesus Freak, John has faced too many extreme situations and sticky wickets through the years to mention here. Returning to his native England, John was actively involved in mission and outreach and taught English in a Further Education college in London until retiring in 2017. After a ten-year journey into a deeper appreciation of the historic Christianity, in 2013 John was received into the Catholic Church where he now serves in a lay capacity. Yet foundational to his faith has always been his experiences living in Gospel Outreach - an orthodox evangelical Christian commune in the USA. He is still in touch with many of his original “Jesus Freak” generation buddies. John serves as co-leader of a local Catholic Charismatic prayer group and writes to instruct and inspire. Prior to Pope Francis' election in March 2013, John accurately predicted in his personal journal that the new pope would choose either the name John or Francis. Currently, John is engaged in researching the 1967-1977 American 'Jesus People Movement' that saw tens of thousands of hippies coming to Christian discipleship through communes, coffee houses, and street outreach. He has been revitalising his ministry website at http://www.rufflemission.org throughout 2019 and is writing a devotional. John and his Filipino wife Gladdys have one boy, several stray cats that appear and disappear at will, and a growing extended family both in the UK and abroad. They make their home in Birmingham, England where they love to praise and worship Jesus. Still young at heart, John is passionate about engaging young adults in the faith, particularly though relational small groups.